If you’ve already bought stuff from Xcite Books you’ve probably heard about this anyway – but from 1st March, Xcite is migrating its web activity from all its domains - UK, US, Australia etc. - to a new website, www.erotica-romance-ebooks.com.

Presumably the old links will be redirected to the new URL but I hope to have all the links on here updated by Tuesday when the new site goes live.

In other words it will be a sales point not just for Xcite’s own publications (including of course many of my own stories and some of Velvet Tripp's) but for other erotic/romance publishers as well. In addition individual authors will be able to upload their works to it and set their own sales price provided they have a valid ISBN.

By way of an explanation for the lack of activity recently, I'd just point out that all is not well at the Fulani/Velvet residence - we've both been quite ill with chest/bronchial infections for what feels like months, though are now on the mend courtesy of, interestingly enough, not contemporary medical practice but Velvet's knowledge of natural remedies. The fact that hefty doses of garlic are working should not be taken to indicate vampire-related illnesses (though it would probably discourage casual visitors as well as vampires!). The likelihood is that we've had a viral infection. This would of course also explain why antibiotics didn't do a lot...

Various things have been going on nonetheless. Most of them involve the reorganisation of electrons on magnetic disks, a process that I laughingly describe as 'writing'. Ironically, a couple of ideas that started off as pieces of flash fiction for here have taken on lives of their own and become quite lengthy stories. You'll forgive me if I try to get actual money for them before posting them here are freebies. The second novel is proceeding albeit at a slower pace than I'd hoped, because I've been doing the stories. And some other things are in progress that I'll blog about when there's enough news to make then blogworthy.

Plus, of course, in the not too distant future there's the story collection that will be published by Renaissance/Sizzler. I'm looking forward to seeing the cover, because I'm hoping it will incorporate the photography of a mate of mine. I'll say more when I see it.
Posted by Fulani at 16:45 No comments: Links to this post

Some of you may have come across this short story on my 'other' blog, which has been reposted here and here.

The fun thing, really, is this. I wrote the stories, then wrote the intro in which I put myself as a character, and then wrote essentially the same story as a kind of semi-promotional piece from a different point of view in which the first person narrative was by the book's main character, with me and the publisher's editor as the other characters in it. Maybe. It could be that the protagonist is real and I'm the fictional one... You'll have to decide. How very poststructuralist and pretentiously literary of 'me'. Or of someone, anyway.

I was going to wait until the thing's actually out before doing a big announcement. In fact I still will - so this is only a pre-announcement and I'll have more to say in a couple of days' time.

Emails have been flying back and forth today sorting out the cover...
Posted by Fulani at 11:47 2 comments: Links to this post

This is me just wondering what the possibilities are for encoding flash fiction in a QR code. Realistically I think you're looking at only about the same number of characters you could use in a tweet... 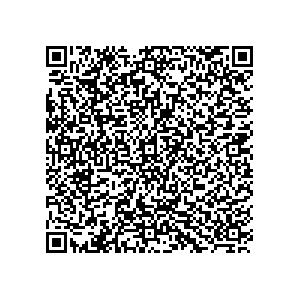 Posted by Fulani at 16:09 No comments: Links to this post

The collection was originally themed as a 'sex at work' collection, and still is, because Velvet's story concerns Ellie, who works in the tropical house of the zoo and her lover Sam who looks after the big cats. They meet after work for a night of lust among the exotic flora and fauna.

The contents are: Tropical Paradise by Velvet Tripp / Just Like Your Father by Sommer Marsden / The Salon Sensual by J Troy Seate/ Typing Pool by Honey Leigh / The Deepest Dig by Sylvia Lowry.

Priced at £2.99 for the e-book, part of Xcite’s normal ’3 for 2′ offer, and apparently with a print edition coming soon.

We were both amused, incidentally, by the communications from Xcite. As the collection was designed on a 'sex at work' theme, Velvet ended up with a bunch of emails from the publisher with subject lines like 'Contract for Sex at Work' and 'Payment for Sex at Work'. Which might in itself lead her - or me, or maybe both of us! - to write something in the future about what such a contract might look like.
Posted by Fulani at 12:02 2 comments: Links to this post

A few days ago I got an email from a SF magazine with an article about Dead Girls. It led to a certain amount of strangeness.

Dead Girls is a 1992 ‘post-cyberpunk’ novel by Richard Calder, the first in what came to be known as the ‘Dead trilogy’.

I've heard of Calder but don't know that much of his work, but there's a Wikipedia entry on him. It briefly discusses the book and the trilogy, and observes:

A notable theme running through his work (most notably the 'Dead' trilogy) is agalmatophiliac male lust for young female gynoids, as well as the darker undercurrents of British national culture.

Agalmatophilia [...] is a paraphilia concerned with the sexual attraction to a statue, doll, mannequin or other similar figurative object. The attraction may include the desire for actual sexual contact with the objects, a fantasy of having sexual (or non-sexual) encounters with the animate or inanimate instances of the preferred objects, the act of watching encounters between the objects themselves, or sexual pleasure gained from thoughts of being transformed or transforming another into the preferred object.

Meanwhile, the term 'gynoid' was coined to mean a robot that appears human and female. The original term for a human-appearing robot, android, has a root meaning that implies maleness.

Wikipedia has a short but intriguing discussion of gynoids that says:

Female-appearing robots have also appeared in real-life, with early constructions being crude. The first gynoid was produced by Sex Objects Ltd, a British company, for use as a "sex-aid". It was called simply "36C", from her chest measurement, and had a 16-bit microprocessor and voice synthesiser that allowed primitive responses to speech and push button inputs.

So the first gynoid was intended as a sex aid? How original! You'd never have guessed, would you...

However, there are several more recent gynoids, mostly made in Japan, South Korea and China. They include:

Aiko (Wikipedia: 'an attempt at producing a realistic-looking female android. It speaks Japanese and English and has been produced for a price of 13000 euro'),

Actroid ('designed by Hiroshi Ishiguro to be "a perfect secretary who smiles and flutters her eyelids"'),

EveR-1, EveR-2 and EveR-3. EveR-3 (i.e. Eve Robot 3) was shown to the public in 2009. It's not completely human in form, since long skirts hide wheels, but strangely in early 2010 it appeared in a Korean play, 'Robot Princess and the Seven Dwarfs'. An article in Broadway World says:

The robot who goes by the name of EveR-3 (Eve Robot 3) has taken a starring role in various productions last year including 'Dwarfs' which played to sold-out audiences. EveR-3 is five feet, two inches tall, and has the ability to communicate in Korean and English, and can express a total of 16 facial expressions. Due to her popularity, EveR-3 is scheduled to star in more productions later on in the year.

HRP-4C. Made in Japan at the National Institute of Advanced Industrial Science Technology, it (she?) has actually been used as catwalk model in a fashion show. It stands 5ft2in with Japanese facial features, 30 motors in her body and 8 motors in her face; can walk, move, blink and talk like a human and express emotions of anger and surprise. Apparently the programming details are to be released publicly so 'everyone can contribute to new moves for the robot'. Am I overly cynical about what 'moves' male teenage nerds are likely to programme...? Even if your own copy will cost about $250,000 or £160,000, rather beyond their price bracket...

There's a Youtube video of HRP-4C that's slightly weird and disturbing, human in some respects but not others. And a strange moment when the robot answers a question with a slight incline of the head and a raised eyebrow as if to say 'Are you taking the piss?' The question was in Japanese so I can't tell you what it was! Check the right sidebar of the Youtube page for a bunch of other gynoids and androids, though...

It’s not entirely clear where all this leads, except that we can expect agalmatophilia to become a significant thing in the future – because already, for example, we have teenage boys whose idea of an ideal partner comes from video games rather than real life. And if it’s an established fetish, we can also expect manufacturers to devise gynoids that will exactly fulfill that fetish.

Time frame for this? I’m guessing less than a decade for a fully-functioning, sexually-responsive gynoid to be available for not a lot more than a few hundred pounds, probably from the major online stores (yes, Amazon already sell sex aids so there's no matter of principle to be discussed there...).

And what about androids? Well, presumably there’ll be a demand, from women and the gay market, and eventually it will be met. But I’d guess manufacturers will see gynoids as the larger market and go there first.

Anyone else care to offer any thoughts on the development of robot eroticism in the near future? As robotics develop, should we be thinking about artificial intelligence rights in parallel with human rights? Could these cover areas like sexuality??
Posted by Fulani at 08:08 2 comments: Links to this post

I've been looking at stuff about sex and technology. Some strange stuff is out there, including allegedly the early stages of a chip that can be deep-wired into the brain (deep-wiring is a technique already used in deep brain stimulation to treat some brain conditions) and is able to produce a sexual response to specific stimuli or on remote activation. I'll have to follow this up... But at a more prosaic level, there's this:

Microsoft on Kinect Sex Games - apparently they've been trying to block a development of their Kinect motion sensor for an Xbox 360 sex game. It would have to happen sometime, wouldn't it...

I'll sort through what I have and bring you a few more gems in a day or two.
Posted by Fulani at 12:47 No comments: Links to this post